By Laurie Lamoureux May 8, 2017 Downsizing, For Seniors

I’m curious– how should a businesses handle the challenge of getting clients to trust you and/or trust the process before they are able to experience the results? 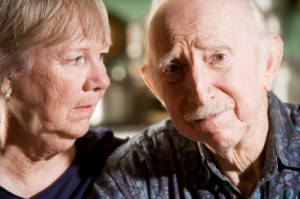 Recently, Seamless Moves had the opportunity to bid on helping “Sam” (approx. 90 yrs old) and “Jill” (approx. 80 years old) with their move into a lovely local retirement community. We came highly recommended by the Community Relations Director who has seen our work firsthand numerous times. Even though our bid for the same services was a bit lower, Sam chose to use a local moving company for packing and moving services due to their corporate structure, with which he felt more comfortable. We were very concerned and tried to explain to Sam that he was not “comparing apples to apples,” but his strong feelings about supporting a company with his preferred corporate structure won out.

A week after their move, we were in the building visiting another client when we happened upon Sam and Jill. They invited us in to their apartment, which was disorganized and still full of boxes. The first thing Sam said was, “I made a mistake not hiring your company for this move.” He told us the movers had arrived at their former home four hours later than originally scheduled, which meant the truck was stuck in rush hour traffic on the way to the new apartment. It also meant that their furniture and boxes were not inside their new place until quite a bit later that evening. Tiring for anyone–but for seniors, exponentially so.

The movers added costs for the additional time the move took to complete to Sam and Jill’s bill which, as you may imagine, did not please them at all. Sam has called the moving company several times trying to get his bill adjusted.

Jill, who is legally blind, had been doing a yeoman job of unpacking the boxes and had friends who removed the “empties” from their apartment. (Sam is immobile.) A week later, however, the only room that did not have unpacked boxes was their bedroom, two large bookcases still needed to be moved into a different room and their lovely artworks and family photos were piled in a corner.

“You know Sam,” I told him, “if we had done this move for you, you would have no boxes in your apartment now. In fact, the day after the movers left, the furniture would all be in place where you wanted it, everything would be put away; even your pictures would have been hung on the walls. We also would have ensured the movers arrived on time or they would have been replaced on the spot with another company.” I gently asked him if we could help them finish unpacking and setting up their apartment, but Sam said, “No thanks; we can handle it.” Jill sank in her chair visibly and shook her head. (I should mention that we are not talking about a large sum of money and that these folks have the ability to pay for the service should they decide to. We understand that not everyone has that option.)

Sam and Jill’s situation is not at all unique. In our business, we are sometimes in the unenviable position of trying to explain a relatively new type of service to clients who have never heard of it, or need to be shown its value. Our situation reminds me of my own recent visit to a Clinical Nutritionist. She reminds me of her years of experience helping people feel their best and that I came to see her on very high recommendations from two friends. “Trust me,” she says, “I know what I’m doing. This WILL work.” It strikes me that she’s saying the same thing to me that I say to our clients, “Trust us; we do this every day. You will have no stress—we will handle it all.” But how does any business convince someone who has not even been aware of this option before today? Even with glowing testimonials from previous clients?